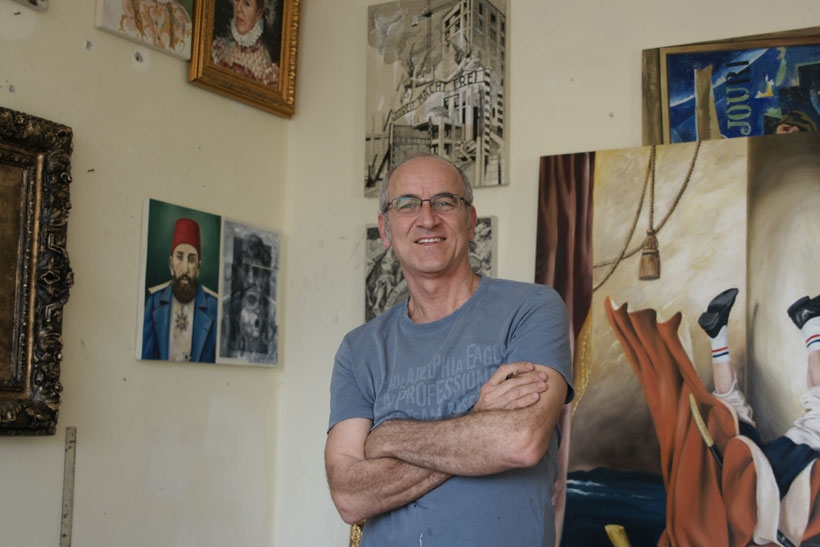 He was born in Istanbul in 1962. After studying at Darüşşafaka High School between 1973 and 1981, he enrolled in Istanbul Technical University Department of Electronics. He started to publish his comics in various magazines in 1978 and worked as a cartoon artist for Cumhuriyet newspaper between 1981 and 1983. He left college in 1983 and illegally emigrated to the Netherlands. Trained at Amsterdam Rietveld Academie and the Den Bosch Royal Academy of Fine Arts (Koninklijke Akademie voor Kunst en Vormgeving Den Bosch) between 1984 and 1989, he graduated from the Department of Painting at the Den Bosch Academy, opened his workshop in Amsterdam and joined the mixed exhibitions in the city. He opened his first solo exhibition at Baku Fine Arts Center in 1992. After moving to Antalya in 1995, the artist worked as a contracted academic at Akdeniz University Fine Arts Faculty at intervals. Having so far opened 13 solo exhibitions on painting and sculpture, Kum continues his works at his workshop in Antalya and writes articles on art for various magazines. Kum also has a comic book titled Gentile Bellini’s Journal of Constantinople published by 1984 Publication House in November 2019.