Gallery Selvin has been founded by Selvin Cuhruk Gafuroğlu in 1985 at the address of Bestekar Sok. 61/A Kavaklıdere, Ankara. It has determined the objectives and goals of its incorporation as introducing and generalizing the art with its all branches (drawing, sculpture, original imprint, ceramic). For so many years since that day, it has been continuing its dedicated efforts for art in the gallery it has opened in Arnavutköy, Istanbul in 2006 after Ankara in this way determined by these goals in spite of all changing economic, political and social mobility. In 2013 at Arnavutkoy second Gallery Selvin is opened just for sculpture exhibitions.

We may define the process we talk about as “easy to say” with cliché word. For the gallery and devoted persons of this profession trying to grant a respite to art within a small area throughout the country, every pace taken and self-sacrifice made have never been so easy at all.

We may easily say that the fact of ‘gallery’ or material formation we named as ‘drawing market’ do not date back too much. Although emphasizing the ‘material’ fact is found very odd at first sight for some reason whatsoever when talking about art, this is necessary especially for persons/localities assuming keeping the art alive as a task.

The result reached summarily at the end of comparative studies taking so many pages of answers given to the question “What is art?” in History of Art has been as “sensations becoming concrete of efforts to betray the enjoyed attachments.” After this brief definition, we should emphasize that the fact of art is a concept spread to a wide time period and it develops in the way determined by the requests and likes of the community. Communities having lived in various periods and geographies have shaped the art with their political, economic and social structures and reflected multi-colored meanings of different points of views on this concept. In this way, efforts to create theory having commenced with Greek philosophers trying to define the meaning of art within the framework of “ideal of beauty” have extended until today. The task of conveying, in other words, presenting these efforts to community has been assumed by artists. Artists have, by presenting their works shaped against impulsive force of their own internal sensations after combining them with new facts, been in the effort of directing individuals in the community to think. At the beginning of 1900s in which trends of modern art were getting into action – that these actions are the independence indicators of artists having escaped the protection of palace of communities commencing becoming democratized now – we bear witness to formation of institutions to be able to realize purchase-sale of the works betrayed as a result of efforts for creating art by artist: Art Gallery Owners and Art Gallery Business as a new branch of profession...

In addition to visible goals of galleries bearing witness to life and art of the artist like purchase-sale of drawing/statue, in fact, the most important function of them they try to gather under one umbrella is to aim at formation of the cultural mobility to be transferred to future in the way aimed. Art Galleries have a function of being a bridge between community and artist. Having commenced to brisk with 1940s, the number of art galleries has continued to increase to date and they have made contribution in the formation of cultural ego of community in addition to commercial concerns such as opening exhibition/closing exhibition. Art Galleries assume the mission of conveying good or divergent events for which the artists want to tell or emphasize the messages they send to community through their works. In the phase of fulfilling this mission, the empathies such as tolerance, respect and self-sacrifice are usually ahead of commercial efforts. Being aware of these goals aimed, Gallery Selvin has been successful to stand by breathing the continuous art sharing the excitement of the first days with artist and art lover in spite of the years having passed. Each leaf of the seed sown turning green has been an exhibition and each flower coming into blossom has been an art friend earned. Each leaf taken away by time bears the traces the friendships established with exhibitions realized with Bedri Rahmi – Eren Eyüboğlu, Turan Erol, Naile Akıncı, Kristin Saleri, Ruzin Gerçin, Mehmet Pesen, Selim Turan, Cihat Burak, Adnan Varınca, Neşet Günal, Avni Arbaş, Mürşide İçmeli, Aliye Berger, Nejad Devrim, Zühdü Mürüdoğlu, Abidin Elderoğlu, Abidin Dino, Hoca Ali Rıza, Süleyman Saim Tekcan, Duran Karaca, Hamza İnanç, Leman Tantuğ, Nur Koçak, Mevlüt Akyıldız, Can Göknil, Berna Türemen, Gencay Kasapçı, Feridun Oral, and Nejdet Vergili.

Since 1985, Gallery Selvin is proud of having created an art ambient with the same fastidiousness with the effort of offering the best, the most correct to “Art, Artist and Art Lover” – just like preparing a child to life. Besides, it has hosted the first exhibitions of Nejdet Vergili, Hamdi Gökova,, Eda Tekcan Tomba and Feridun Oral in Ankara. Organizing exhibitions consisting of works of Turkish and foreign artists living abroad in order to support art activities in the Capital and strengthen the effort of creating a locality where all individuals of art circle shall embrace each other has been among the goals of Gallery Selvin. In this context, exhibitions have been organized with Mehmet Aydogdu from Belgium, Mumtaz Celtik from France, Seyyit Bozdogan and Micha Kloth from Germany,Martin Krastev from Greece, Amiran Tevzadze from Georgia, Mitko Dinev from Bulgaria and Italian artists as: Federico Severino, Ugo Riva, Guiseppe Tirelli, Elisa Anfuso, Matthias Verginer, Roberto Ferri, Davide Frisoni and Antonio Sannino. Gallery Selvin is happily acting as partner of Liquid Art Systems, Italy.

Moving from the thought of introducing foreign artists living abroad to community and conveying some messages to overseas from the existence of our art ambient, a special activity has been organized by Gallery Selvin under the heading “Mail Art” due to 10th anniversary celebrations in 1995. Having sent the works they created with various techniques through “Mail Art Exhibition” organized for the first time in Turkey, 200 artists from five continents have met with Turkish art lover under the umbrella of Gallery Selvin. This exhibition has been repeated in Izmir in the same year and all the works collected have been sent to the collection of “Mail Art” museum in Belgium by Gallery Selvin. 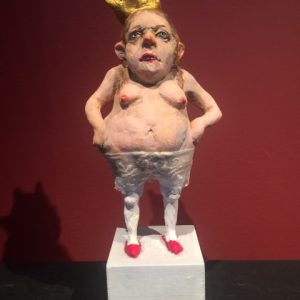 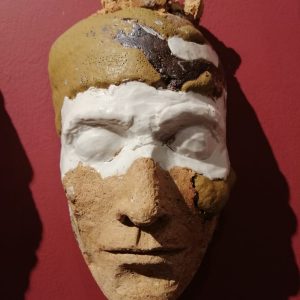 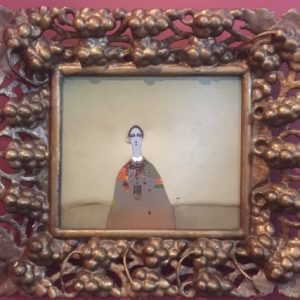 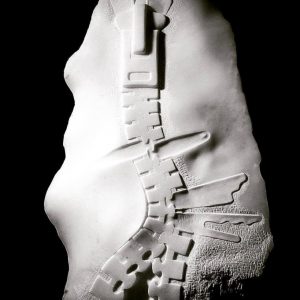