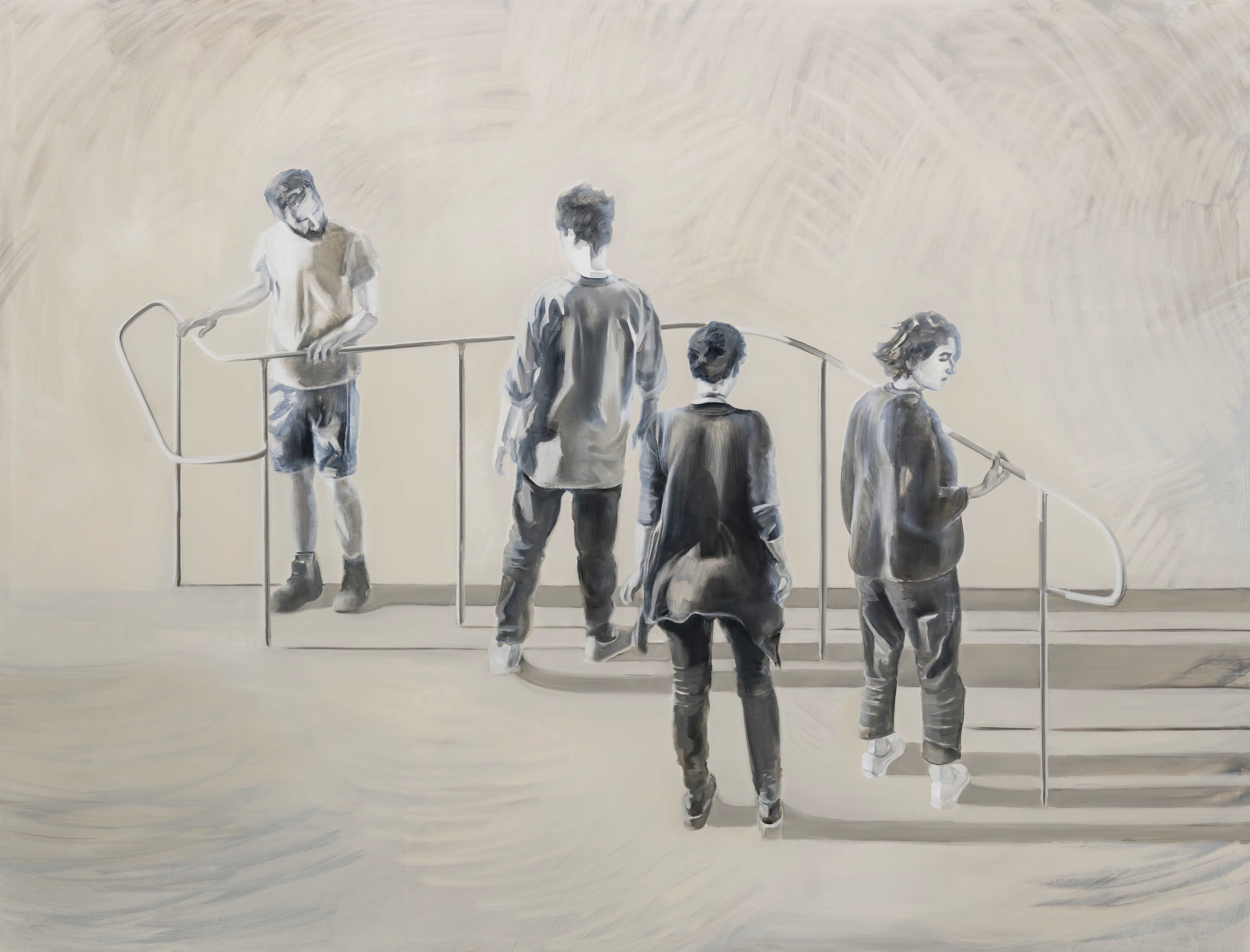 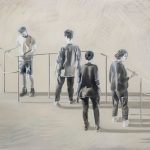 T H E P I L L ® is thrilled to announce Leylâ Gediz’ second solo show with the gallery in parallel to the 16th Istanbul Biennale.

The seminal exhibition 'Denizens' investigates how displacement, as an “epochē”, reflects back on the notions of place and community, placement and place-making, the setting of an unstable place, the settling and unsettling of a community across multiple places.

Coined in the mid-19th century in response to the growing international circulation of people and objects, the term denizen described a new kind of non-essentialist belonging that was independent of “natural” roots in the form of blood and/or birth right, to designate people and beings that belonged by simply living, inhabiting or frequenting a particular place.

In Leylâ Gediz’ composition this diasporic-being reaches far beyond the legal and political duality of citizen/ denizen, to suggest a level playing field between objects and images, support structures and paintings, toolbeings and people allowing the term “denizen” to expand from the most bureaucratic sense to the realm of aesthetics.

As usual in Leylâ Gediz’ pictorial practice, painting and installation - employed as virtually inseparable media - construct a mode of representation which modifies the viewer’s experience of painting as a result.
Gediz’ “Denizens” is about recomposing the world from the standpoint of what is usually held off the frame, in a painting or an image or in an exhibition, with attention directed towards what constitutes the support of painting as practice, maintained in displacement. It is about defining a place through the margins, taking as point of departure diasporic and nomadic realities carried by bodies, people, images, objects and tools alike, while bringing the frame, the mold and the software themselves to the center of focus.

The exhibition gathers a new body of work spanning from works on paper, paintings, assemblages and installations to performance.

The artist invited Deniz Pasha, a Sudanese-Turkish artist to collaborate on the performative work "Shelf Life" which will be revealed the day of the opening. Deniz Pasha’s work will also be included within the
exhibition playing a singular role in the partition.

A comprehensive essay entitled "The Long Lasting Intimacy of Strangers" by writer, curator and art critic Aslı Seven will be published and available to the audience.

A cycle of performances will be held additionally at the gallery on September 12th.

Leylâ Gediz' latest works acquired by the Vehbi Koç Foundation will be on view at ARTER Museum for Contemporary Art on the occasion of the inaugural exhibition ' Words Are Very Unnecessary' curated by Selen
Ansen.