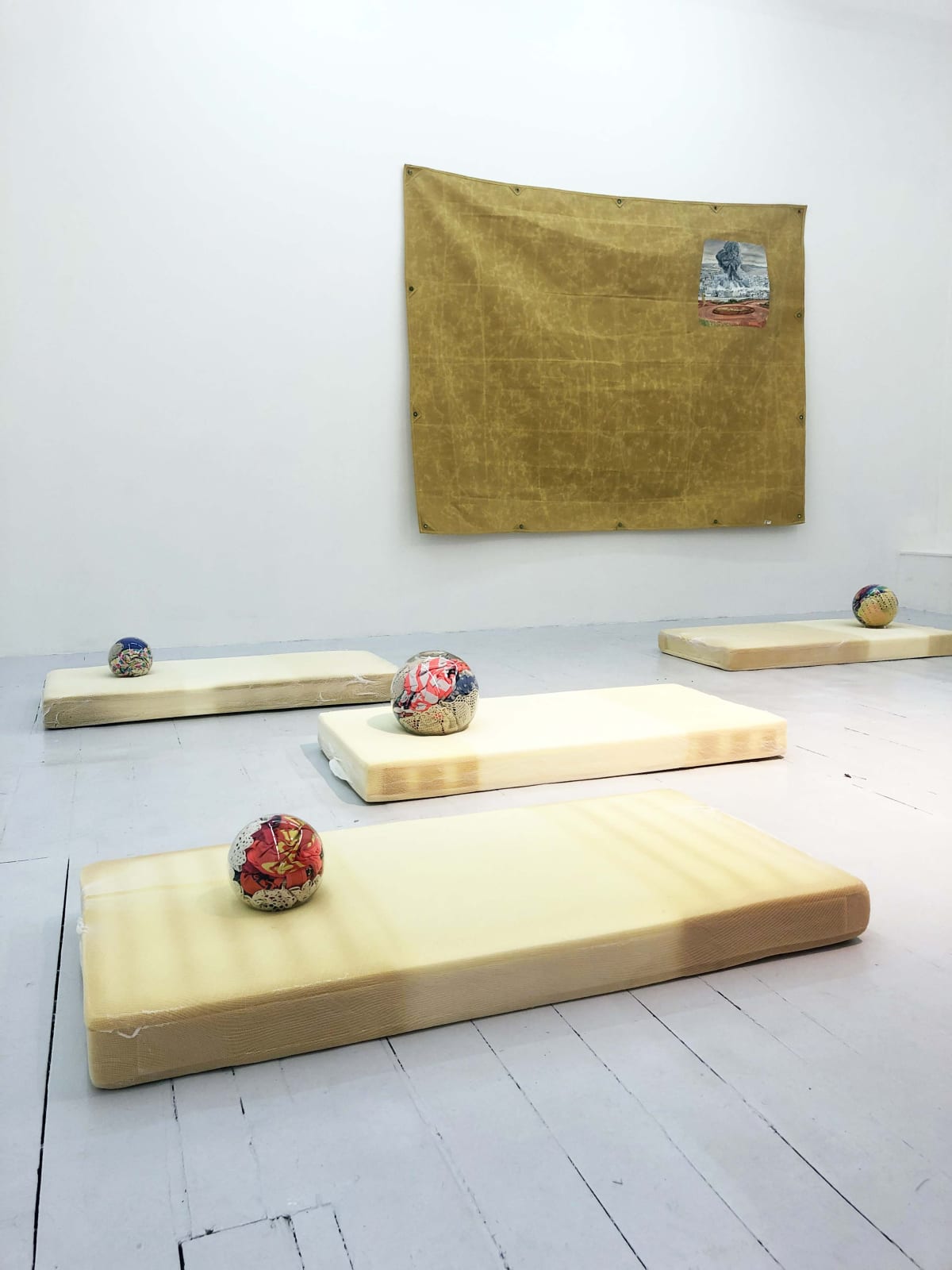 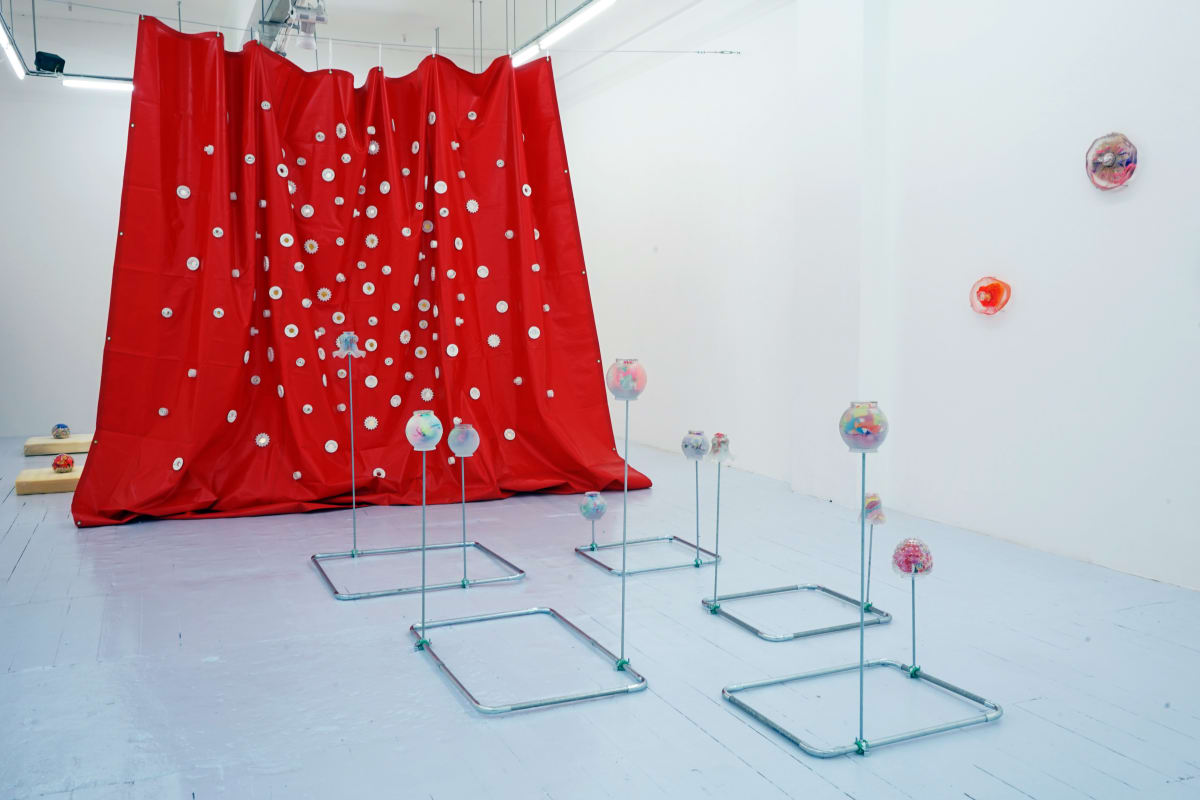 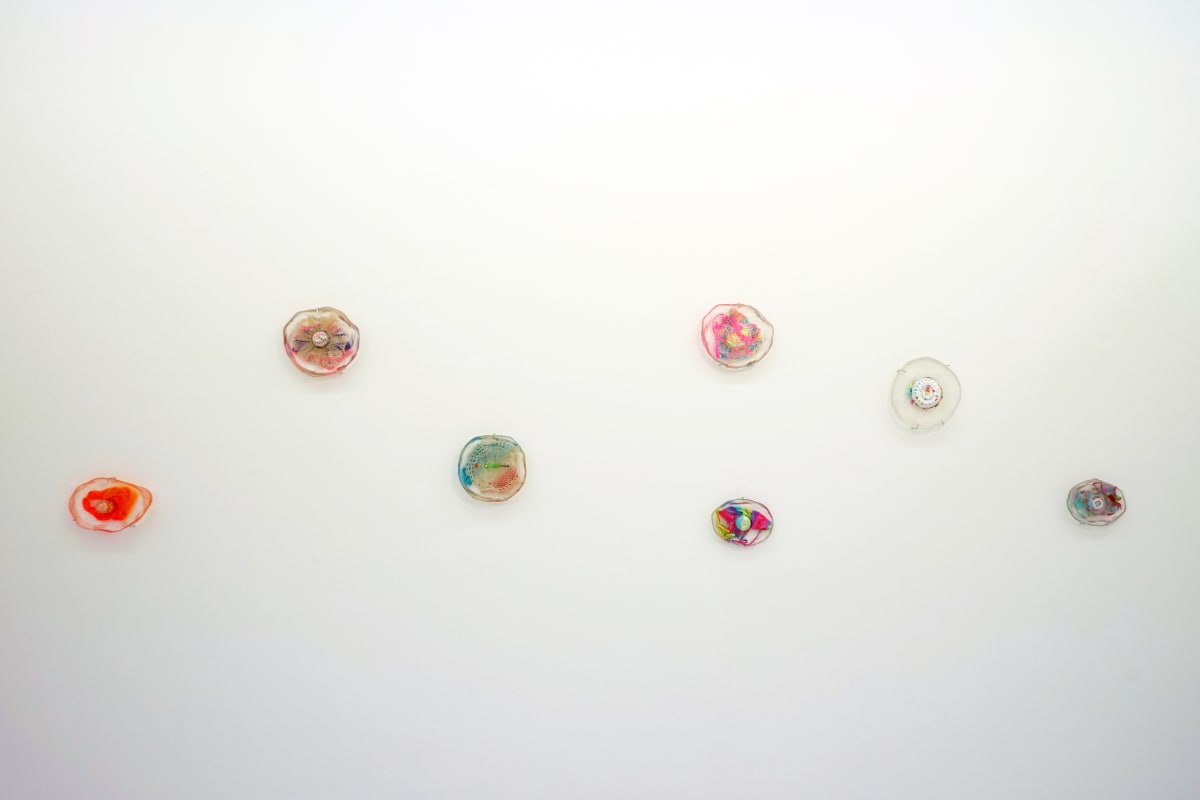 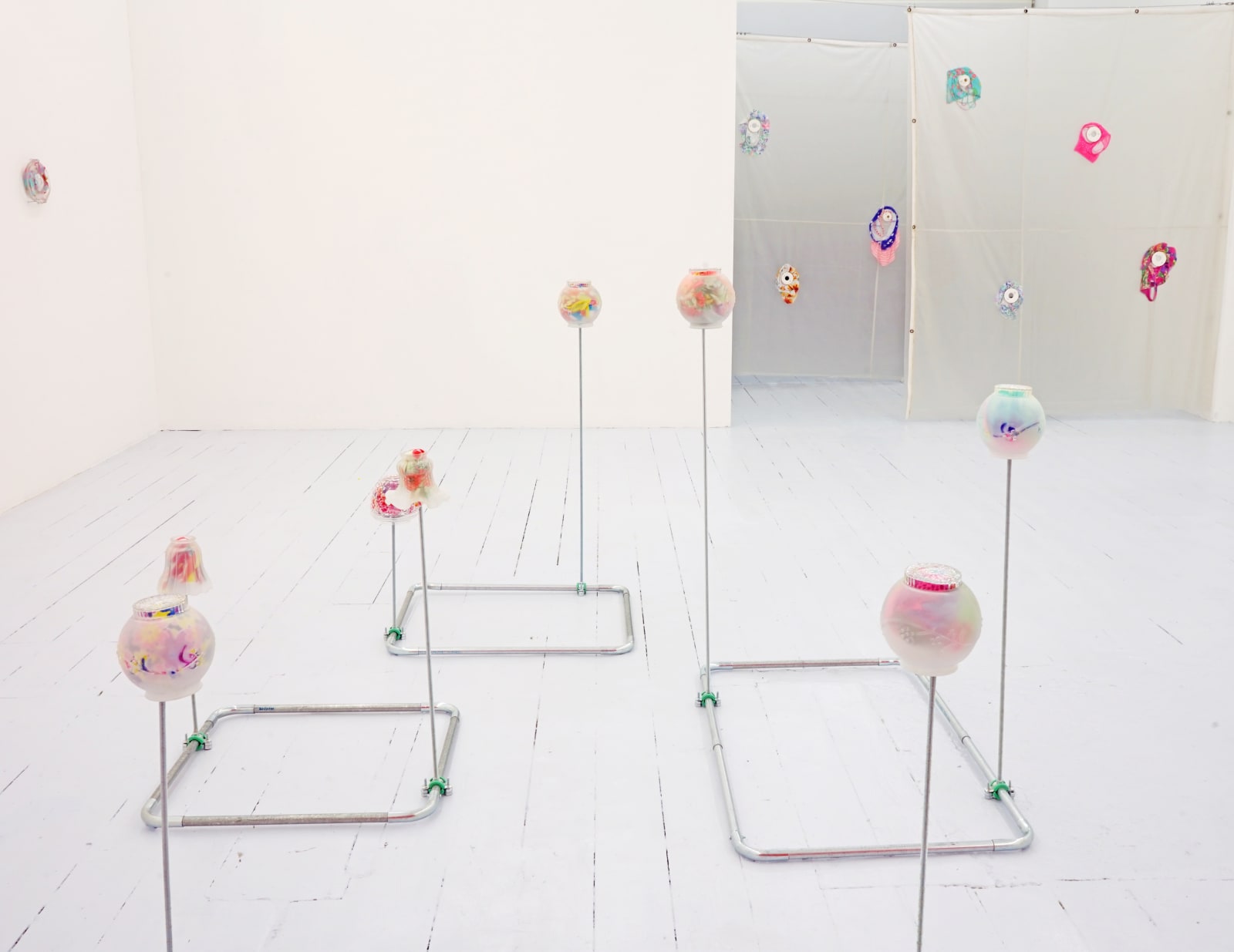 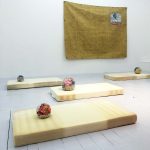 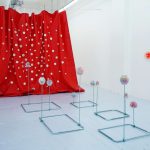 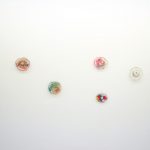 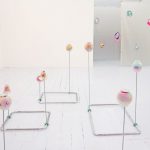 Borders Unfold presents the latest expression of Ana Čvorović’s ongoing enquiry on migration and displacement. As part of her Arts Council-funded project with the same title, Borders Unfold is the culmination of a year-long exploration of the complex psychological effects of geographic dislocation, particularly within communities from former Yugoslavia displaced during the civil war of the nineties.

Aiming to create a link between her own experience of displacement and that of others, the artist pursued a research residency in Utica, New York, the city with the largest rate of refugees per capita in the US, in the summer of 2018. Having worked with the local community on interviews, workshops and sound recordings, now she returns to sculpture to unfold her own interpretation of this investigation.

The exhibition will feature a new body of work comprised of sculptural works, sitespecific installations and a surround soundscape, inviting visitors to experience the gallery space as an immersive journey. Elements such as cast objects, oil paintings on
tarpaulin, and everyday items incapsulated in resin, present some of Čvorović’s recurring motifs, as well as new sculptural processes initiated for this project. As with previous works, the vulnerability of childhood is evoked in visceral, sensorial ways.

Whilst in Discharged (2014) we saw child mattresses protruded by a metal frame, BordersUnfoldintroduces aseriesof aquatic references, like childswimming suits and colorful fishing paraphernalia, highlighting water as a host for varied psychological states. Often with a sense of trauma, the visitor is faced with contrasting hints to flow and stagnation, mobility andimmobility, as iftrying to bring back a time in life that was
interrupted.

Exploring the intersections between sculpture and sound for the second time, after her site-specific work Closeness (2016) at Koppel Project, Čvorović brings to Pi Artworks London manipulated sound recordings from her time in Utica, further infusing this multi-layered intervention with a sense offragmented memory and landscape. With this work Ana Čvorović brings forward, through her diverse approaches to
sculpture, both personal and collective perspectives of psychogeography and contemporary migrant identity. This presentation has the ambition to engage the
audience in new critical, sensorial, and formal ways towards this timely theme.

Since 2018, she is joint President of the International Association of Art Critics AICA. Previously, has been Chair of the Board of New Contemporaries and selection process since 1996. Craddock co-founded Artschool Palestine and is co-founder and member
of Faculty at British School at Rome, Trustee of the Shelagh Cluett Trust, and Trustee of the Art House Foundation. She has judged many art prizes, such as the Turner Prize in 1999, and the John Moores Painting Prize in 2008.

Ana Čvorović: b. 1981, Sarajevo, lives and works in London. Čvorović moved to the UK with her family in 1989, fleeing the impending civil war in former Yugoslavia. A student at Chelsea College of Art, Brighton University and the Royal College of Art,
Čvorović's installation-based work considers the role of borders and boundaries and the psychological effects of war and migration.

In 2017 Čvorović was shortlisted for the Mark Tanner Sculpture Award and in 2018 she became the recipient of the a-n Artist Bursary Award. Her work has been  exhibited internationally and across the UK including Pi Artworks, Collyer Bristow, Backlit Gallery, Maddox Arts, Ben Uri and The Koppel Project, as well as specially curated sections of Art15 and Ch.ACO art fair, selected by Kathleen Soriano and Cecilia Fajardo-Hill. In 2018 she participated in the 'Who Are We' project in association with Counterpoints Arts at Tate Exchange.

"My installations are an exploration of the psychodynamics of place, specifically in the context of war, migration, socio-economic impoverishment and processes of globalisation. Investigations into psychological and physical shifts as we move from place to place question notions of belonging, structure, identity and freedom. My personal experiences of displacement during the onset of the Yugoslav civil war (1992-1995) continue to inform my practice and its concern with the current rapid formation of global diaspora.

The continuity between our internal and external realities that so powerfully ruptures during the process of forced displacement creates fragmentary experiences and a crisis in identity. This liminal state is what the work often depicts, inviting the viewer
to drift between its paradoxical zones of seduction and danger, comfort and confinement, movement and immobility. Taking both personal and historical events as a point of departure, the work repurposes domestic everyday items imbued with
notions of childhood, memory and the unconscious.