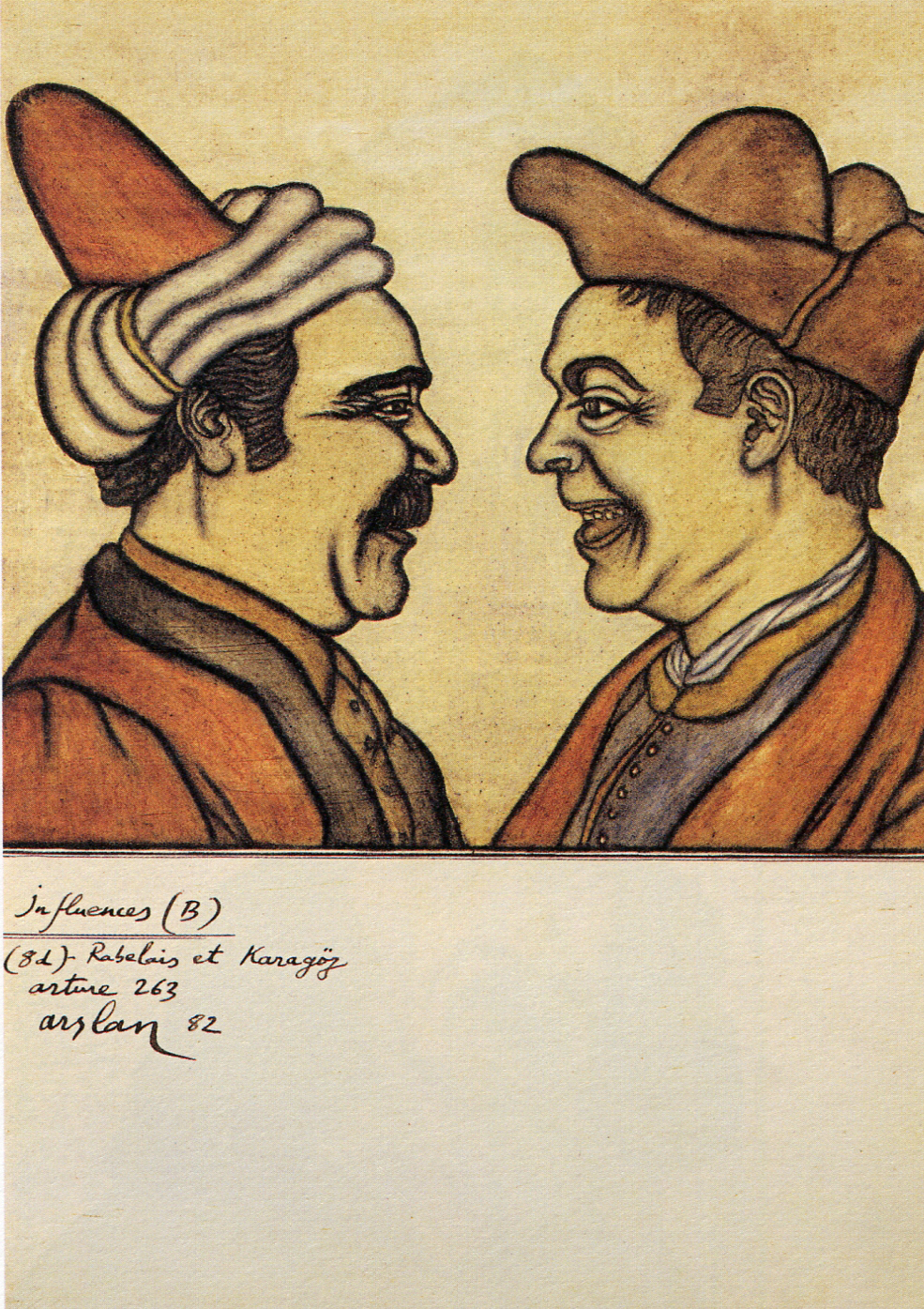 Yüksel Arslan studied at Istanbul University Art History Institute. He opened his first exhibition at the Maya Gallery in Istanbul in 1955. In 1961, he was invited to Paris by Raymond Cordier and André Breton and settled in this city. The following year he opened his first solo exhibition here. Instead of giving each of his works a separate name, he combined the word “art” with the suffix “ure” (as in the words“peinture” or “écriture”) used in French, giving them the name “arture” (Artur). He found his own colors by mixing plants, stones, soil, sometimes oil, blood, urine. In 1964, his art was observed in the exhibition “The Origins, history and relations of surrealism”, organized by the gallery Charpentier in Paris, which is considered one of the most important exhibitions in the history of surrealism. He stayed in Turkey for two years, where he came to open exhibitions on the eve of 1968. In 1969, he returned to Paris again; he focused on the readings of Marx, Engels and Lenin.In 1975, he completed his series”Kapital". This was Arslan's first series to become a book. In the 1980s, the series “effects”, “auto-Artures” and “Human” were also bookified. His works have been exhibited in Paris, as well as in various French cities, including Sarcelles, Rennes and Nice, as well as in the Museum of Modern Art in Vienna and the National Gallery in Prague. In 2008, "artures" traveled to The New York Drawing Center. In 2009, a retrospective exhibition of almost all the artworks of the artist was held under the curation of Levent Yilmaz; the catalog of the exhibition became a reference book for Arslan. Between 2012 and 2013, two hundred artworks were followed at the Kunsthalle Zürich, Düsseldorf and Vienna, respectively. In 2013, Arslan was invited to the Venice Biennale. Arslan continued to work on the artworks, which he said he considered a ‘testament’, at his workshop in Paris, until his death in April 2017. Immediately after his death, the Museum of Modern, Contemporary and Contemporary Art in Lille hosted Arslan's works along with unusual objects of inspiration selected from his workshop.