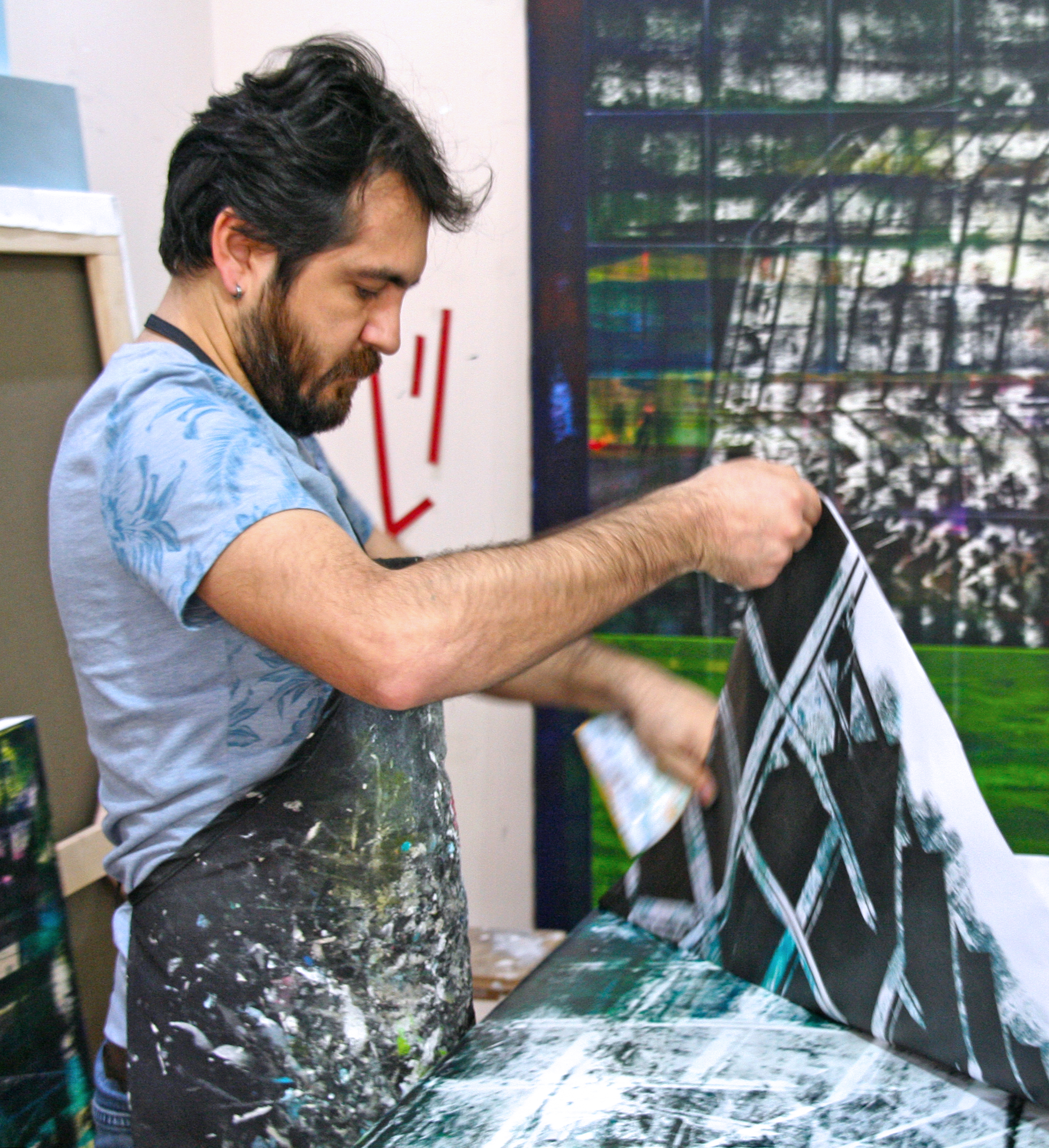 Semih Zeki was born in Bolu in 1981 and graduated from Marmara University Painting Department. The artist, who completed his master's degree in Art Theory and Criticism Department of Işık University, opens his first solo exhibition in 2010 at Ütopya Platform with the title “Those you could see from my nature”. Semih Zeki, who has been working with Bozlu Art Project since 2015, mainly uses architectural details and data in his paintings and creates a new architectural system by altering and changing all elements. While in his early works, there are only hints of the whole structure or its evolution from part to whole, in recent works the piece brings the whole relationship to the audience with an increasingly abstract expression. In this process, which Semih Zeki defines as "The journey of painting to painting", paintings take place in a system that preserves its own special forms, generates itself, produces and constantly renews itself with the bonds they provide between each other. The artist who opened exhibitions titled "Gross Layers" in 2015, "Demolition" in 2017 and "Autopoiesis" in 2019 at Bozlu Art Project continues his productions in his atelier in Istanbul.