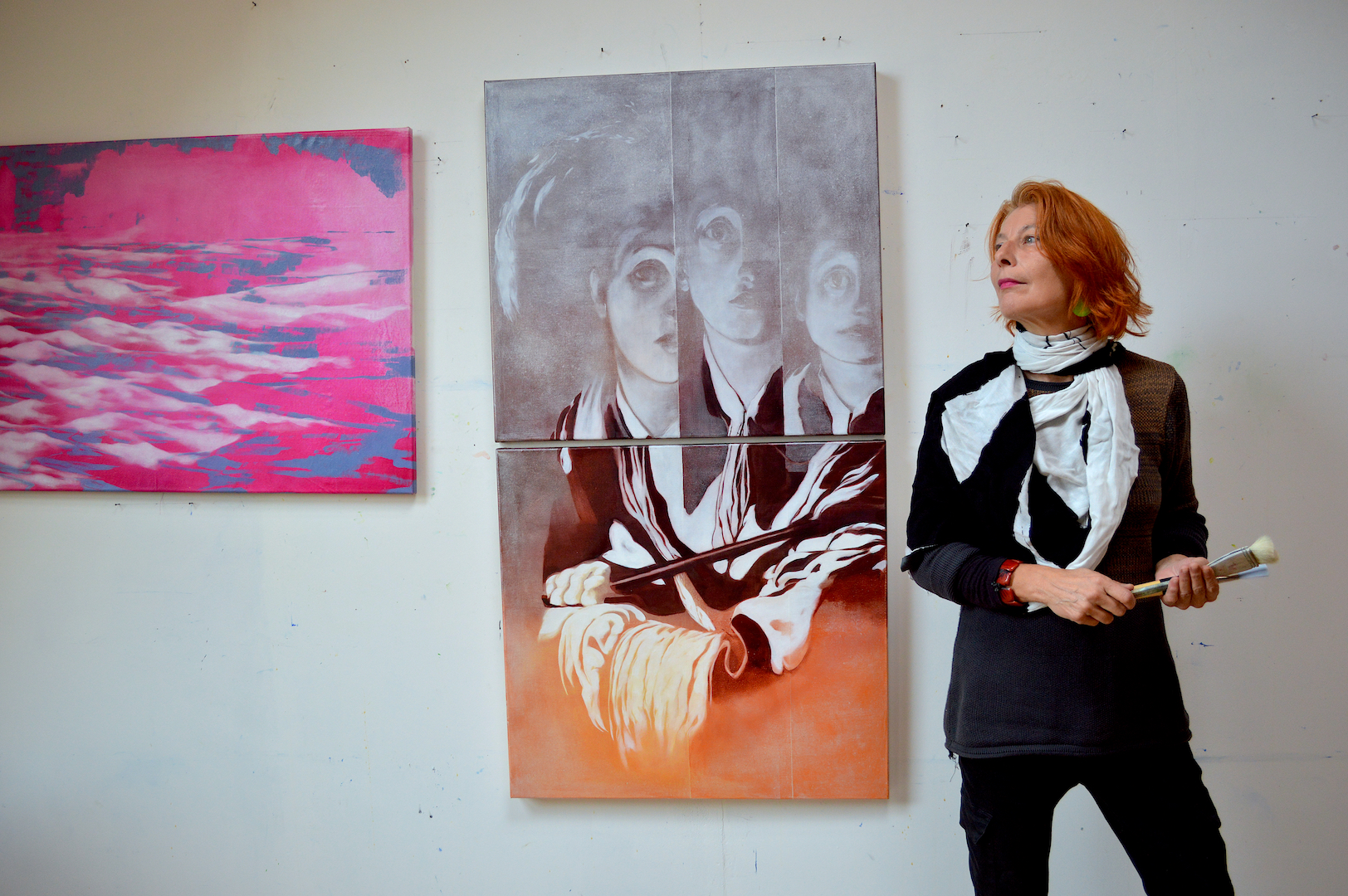 Ruth Biller
Ruth Biller was born in Singen, Germany in 1959 and continued her education in Stuttgart at the Visual Arts Academy
between 1983-1989 and completed her masters in Visual Arts. From 1985 on, photography and film had an impact on her
and she started to articulate the concepts of her paintings in the form of print-and-collage sequences, her inspiration
springing from depictions of spaces and characters of the baroque. After a stay in Paris (1991), which formed part of a project
for the DAAD during the Country- postgraduate- grant Baden Württemberg, she set up national and inter-national
exhibitions of her paintings in museums, art associations and galleries. In 1994, she received a grant from the Arts
Foundation of Baden-Württemberg. In Atelierhaus Nordbahnhofstraße Stuttgart, she established an experimental art
platform (op-nord). Between 1989 and 1999, Ruth Biller teaches six years at the Hochschule Pforzheim as a freelance
lecturer in painting and drawing in the field of design/art and design sciences. During a one-year Artist-in-Residence of the
Foundation Starke, Berlin - Grunewald, she took up inspiration in the picturesque castle and gardens of Potsdam in 2003.
Since 2004 (Goethe Institut, Istanbul) she carried out exhibitions and projects as well as stays in Istanbul and on Knidos,
Turkey. In 2015 she directed, filmed and produced the movie "MUSIKA" together with Frank Leher in Berlin-Lichtenberg.
In her paintings, Biller uses the human body, nature, rich colours and focuses on the notion of space. The artist represents
the physical bodies and spaces as layered, variable forms using rich colours and architectural details combined with visual
cut-views which are obtained by travelling through museums, churches, castles and public spaces. In her work, rhythmical
picture series appear on canvas and paper by way of color layerings and spacial overlappings. Thus, she confronts the
movable scenery of sensual ornaments with figurative fragments by means of choreographically precise film cuts. In Ruth
Biller`s paintings a language of barock forms and an opulance of colors meet up with blunt realism. The free form process
of picture genesis - without the use of preliminary drawings - is a necessary stipulation for creating intense paintings out of
the very movement of creation without relying on cliches of gestulation for support. Ruth Biller acts in the roll of her own
dramatic producer, hinting at serielle film frames. She transforms the subjects of her work -collected documents as well as
personal photographs - during the preliminary stages of the artistic process by means of a number of various experiments.
She currently lives and works in Germany.