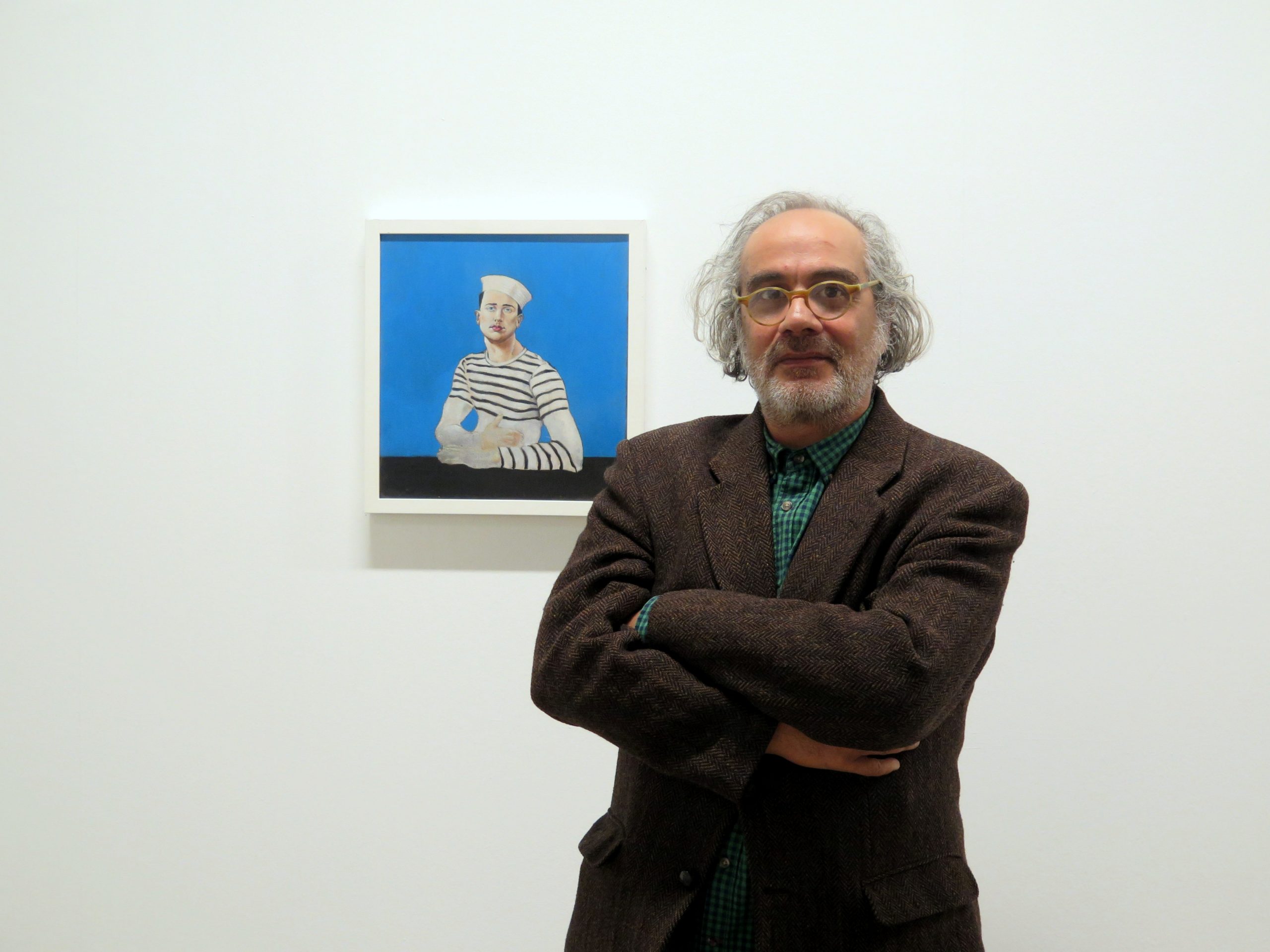 Murat Şahinler was born in 1961 in İstanbul. He graduated from the Sculpture Department, the Faculty of Fine Arts of the Mimar Sinan University İstanbul in 1989 and furthered his studies in urban interior design at the Utrecht Academy of Fine Arts in the Netherlands (1989-1993). His oeuvre reflecting the multitude of his background and interests ranges from drawing and painting to animation and sculpture, from stage design for theatre to art projects in urban public spaces.

Murat Şahinler has produced several projects on urbanism and public domain, often working together and mostly in collaboration with other artists, architects, musicians, thinkers and writers. Murat's work is a result of his daily practice, focusing mostly on the cultural and architectural 'diseases', 'accidents' and 'wonders' of urbanism, especially of Istanbul. The axis of his research is based on the conflict between public and private spaces, and fragmentation and spatial continuity. In 2001, Murat collaborated with Fuat Şahinler (Architect) and Ahmet Soysal (Writer) for the 7th Istanbul Biennial “Egofugal: Fugue From Ego for Next Emergence” with the “Quay” project that questions the usurpation of the coastline in Istanbul. In 2002 he participated to the “Istanbul Pedestrian Exhibitions 1: Personal Geographies Global Maps”, the first urban public space exhibition designed for the pedestrians, with a group of artists called “Independent Fake Movement”. Selected exhibitions he participated on urbanism and art-in-public domain are “Between the Waterfronts”, Las Palmas, Rotterdam (2002), “Call Me Istanbul”, ZKM, Karlsruhe (2004), “Urban Reviews”, ifa gallery, Berlin and Stuttgart (2004), “Istanbul Pedestrian Exhibitions 2: Tünel - Karaköy” (2005), “Dynamics of the Urban Culture”, 9th Havana Biennial (2006), “Wandering Lines: Towards A New Culture of Space”, the 5th Scape Biennial of Art in Public Space, Christchurch (2008) and “Bridges to Istanbul”, Centro Cultural De Belem, Lisbon (2010).

Having studied sculpture and micro milieu urban interior design, Murat has surprisingly been involved in painting as well. His interest in painting started during his education, continued in fluctuations in due course and has become more intensified in the recent years. Departing from the traditional painting, he subverts and revisits the tradition: he deconstructs processes, means and methods of painting, as well as relates it to the other disciplines that he is coming from. Murat participated to the “The Passion and the Wave”, the 6th Istanbul Biennial in 1999 with the “Untitled” (1998-1999) painting in which he focuses on the audiences in a theatre, depicting them as the main protagonists under spot lights. His triptych “Untitled” (2001) which was first exhibited in the “Regrets, Reveries, Changing Skies” in Counter Art Projects, İstanbul in 2001, “not only revitalizes the genre of “Dejeuner sur I’herbe” in the contemporary art context, but also hints at the emerging tendencies in the visual format, just as the video clip of the “Imitation of Life” song by REM does. In similar ways, their formal organizations fracture the continuity of space, desynchronizing the configurations in an open-air park while reassembling the mess ‘digitally’”. His paintings are exclusively figurative alternating from very stylized, even aesthetically charged to almost hyperrealist. He often garners his figures from diverse sources such as films, literature or popular media like glossy magazines, cartoons and television, or Internet, and composes them digitally to re-work, a process that keeps on going till the paintings leave his studio. Murat’s “Nothingness, Nothingness, Nothingness” (2002-2003) work that consists of different components: a painting, an animation and a sculpture (Dwarf Astronaut) was first shown in “Organized Conflict” took place in Proje4L, Istanbul in 2003 and “Modern and Beyond” in 2007-2008, an art historical survey of Contemporary Art in Turkey. Like personas in a novel, his figures are woven through visual narrations and choreographed in staged situations and environments resulted in surreal scenes and/or abstracted artificial settings. His recent paintings such as the ‘men’ (2009-2013) and “Autobiography” (2011-2014) exemplify reappearance of certain figures/characters in different paintings creating inter-narratives.

As stage designer, Murat Şahinler partook in the productions of “Hamlet” by Shakespeare (1995 İstanbul), “An Elderly Clown Wanted for a Small Job” by Matei Visniec (1997 İstanbul / 1998 Theater an der Ruhr-Müllheim) and “Inspector” by Gogol (November 2001 Sivas / 2004 Istanbul) within the frame of the İstanbul State Theater.