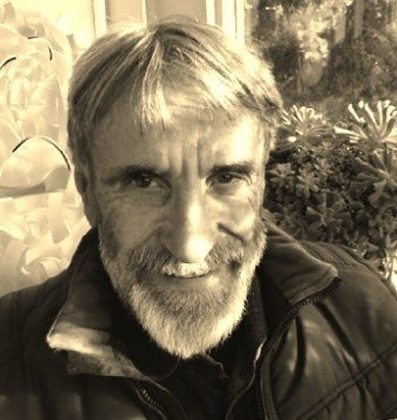 The main theme of İbrahim Örs painting can also be interpreted as a search for a change of context. In other words, the main idea emphasized in Örs' works is "transposition". The “spiral repetitive” formations or configurations that are deliberately abstracted and constructed through standard geometric shapes in these works bring the viewer face to face with the mysteries of the transition between spirit and matter.

In addition to composition arrangements inspired by nature such as anvil, portraits, figures, still lifes and horses, it also occupies a certain place in the art scene with its fictional works referring to the social gestures and saltos of daily life. Örs shapes his subjects with a linguistic attitude, with both representative objects he takes from nature, portraits and figures reflecting daily spontaneous expressions, and Baroque connotations in some mythological stories. In this respect, Örs' works can be regarded as an original method related to the analysis of expressions such as intertextuality / inter-pictoriality, which are frequently encountered in postmodern social theory and art.

Örs associates some of his works with previous works (predecessor) in the history of art, while re-portraying mythological objects, legendary bodies and ancient figures, and even more, the works of great classical artists, based on inter-pictorial tendencies, and places these works on the agenda of the art community again. The artist creates a new awareness in the audience by bringing the classics of art history side by side in some of his works; Based on the basic features of these works, he transforms the old paintings within his works and creates his own artistic manifesto. This approach can be interpreted as an emulation (pastiche) in one sense and as an adaptation in another context. The desire of the artist to re-circulate the style of another artist or the content of an original work by adapting it to his own work and sequencing it, especially in the context of the spoken (mythe), was made possible by creating an original construction and a new formulation model.

In addition to the works that the artist has constructed with mythological quotations, it is observed that in some of his works, he creates overlapping plastic layers by adding writings and some calligraphic codes into the painting. When we look at Örs' works in which he added writing, especially the codes and elements he quotes from myths, from this point of view, it is seen that his subjects are patterned in an act compatible with Claude Levi-Strauss's (1908-2009) structuralist approach. For example, Örs, in his works, reshapes the mythological entities such as the centaurus, which is frequently used in the Western Anatolia / Pergamon Civilization, with a different plastic interpretation. On the other hand, with the writings of “Ah Minel Aşk” to Islamic calligraphy; Far Eastern calligraphy through a number of letters and passwords; In his work titled "Adam and Eve", he makes references to the classical painting art with reference to the German Renaissance Painter Lucas Cranach (1472-1553). On the other hand, in some of his works such as "Magic", "Burak" and "On the Horse", a strategy that combines Anatolian legends with folk paintings can also be mentioned.

Identity in the anvil, presenting new geometric propositions to the mathematical structure of the painting; It finds itself in a holistic structure that expresses its artistic identity with an iterative language as well as a dynamic "kinesthetic" feeling.

In his works, the anvil gave the impression of depth to the painting through layers that he arranged one on top of the other on the ground, and used the possibilities of art outside of the traditional perspective, even beyond the new avant-garde established by Cubism. Although Örs' point of view seems to reject the status quo of artistic representation woven with quotations from nature, he went one step further in space and fiction through a solid pattern and penture competence and created a modern alchemy. If the new structures reached by the painter who changes the spiritual observation of the viewer by reflecting the external reality on the canvas in a different way through the distortions in question are accepted as originality and singularity, this is not a coincidence; It is entirely the result of the artist's artistic competence.