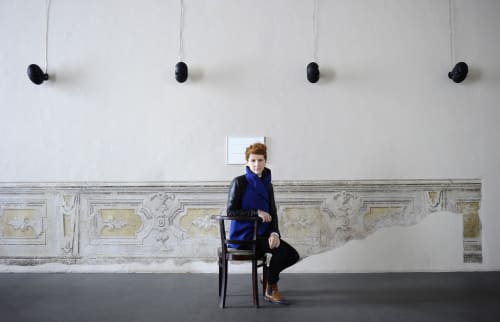 Fatma Bucak, b. 1984, Turkey, lives and works in London and Istanbul.

Fatma Bucak, studied Philosophy in Istanbul University and Etching in Italy at the Albertina Academy of Fine Arts before completing an MA in Photography at the Royal College of Art, London. Her works in performance, photography, sound, and video center on political identity, religious mythology, and landscape as a space of historical renegotiation. Fatma Bucak, while investigating the irreversibility, tension and fragility of history, as well as the power of witness and memory, she often questions cultural and gender norms as well as history making.