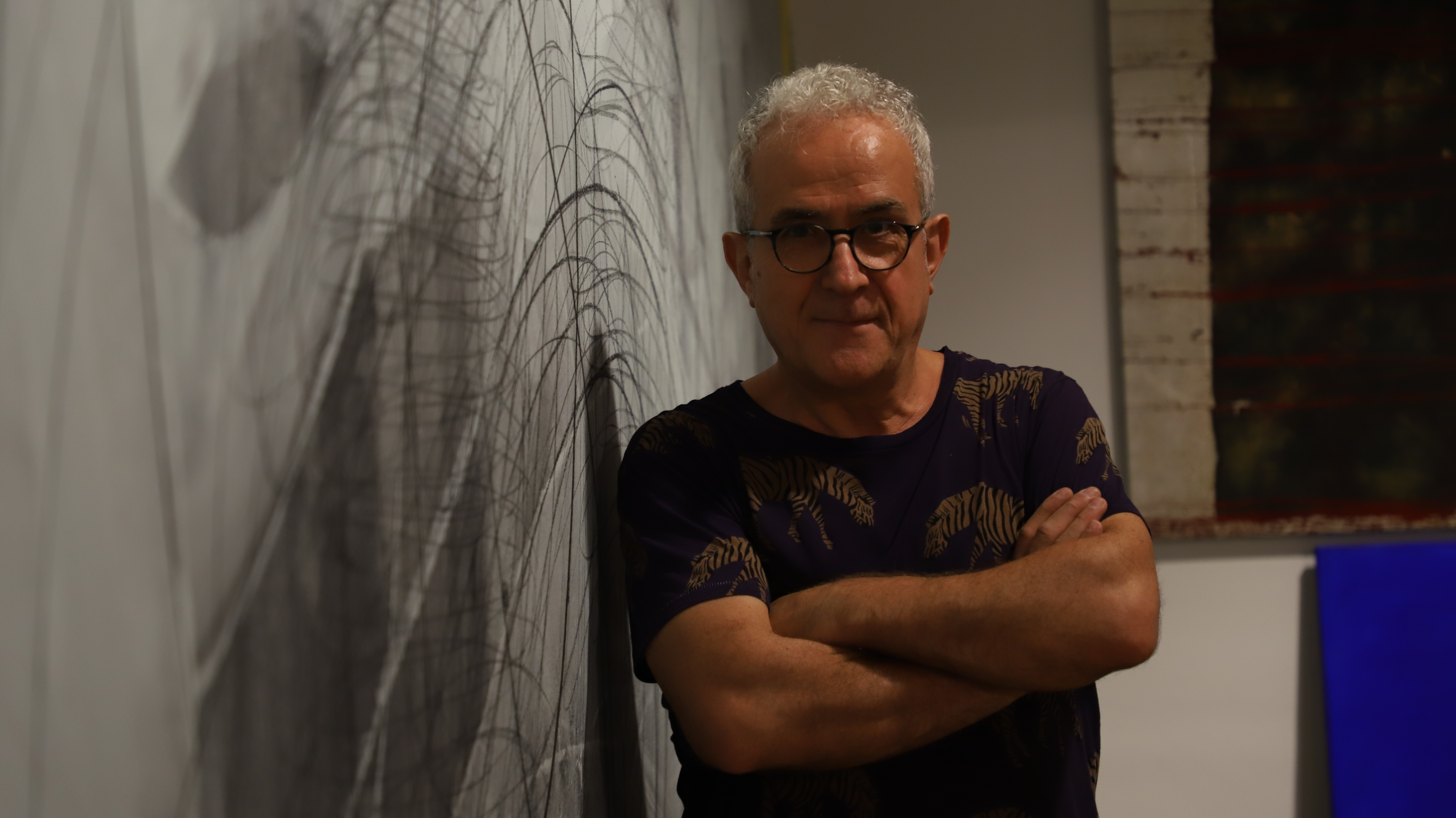 In 1982, he graduated from the State Academy of Applied Fine Arts, Department of Painting.In 1988, he became an assistant to Marmara University Faculty of Fine Arts. In the same year, he joined the Salzburg Summer Academy as a scholarship student.He won a second scholarship in 1990 and participated in studies with Prof Otto Werner and Prof Emilio Vedova in Salzburg. He received the Master's Degree in 1993 and the Diploma of Proficiency in Art in 1996, respectively. Between 1994 and 1996, he was invited as a guest artist especially in Düsseldorf and Berlin, Germany, and produced projects (conceptual oriented). Between 1993 and 2019, he gave Basic Tanat Education courses to the Painting, Ceramics, Interior Architecture, Industrial Product Design, Cinema, Television and Textile Departments of Marmara University Faculty of Fine Arts, Department of Basic Education, respectively. In 2001, he worked as a guest artist for 4 months in Wiyana with the scholarship of the Ministry of Culture of Austria.He conducted International Summer Academy Programs on two separate dates at the Validei Atik Complex in Istanbul.Between 2006 and 2015, he served as a Master's and Thesis Jury and a member of the Faculty Board.He participated in more than 100 National and International events. He made 30 personal exhibitions and installations.Today, he teaches Basic Art, Design and Aesthetics to different departments at Maltepe University Faculty of Fine Arts.