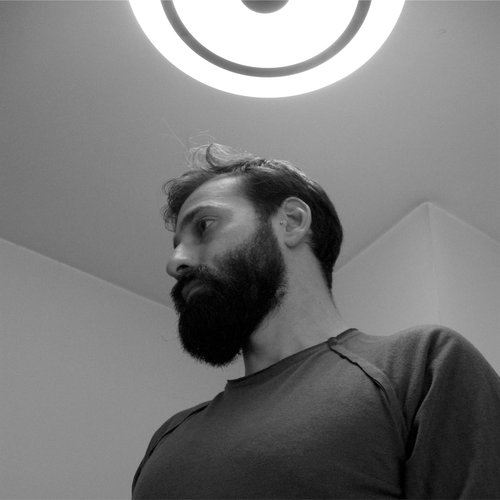 Refik Doğu Özgün (b. 1988, İstanbul) graduated from Mimar Sinan Fine Arts University, Painting Department from the studio of Prof. Nedret Sekban, awarded with merit based Sakıp Sabancı Foundation Achievement Award. In 2006, he completed his master’s degree at Mimar Sinan Fine Arts University Painting Department Prof. Nedret Sekban Atelier and he continues proficiency in art program. He had 3 solo exhibitions until today and his works are exhibited around the country on different platforms. He had his last solo show named “Night Rehearsal” at Mixer, 2020. He lives and works in İstanbul.

Doğu Özgün’s recent works carry the characteristics of an uprisal against authorities, leaving dictated happiness or happiness based on majority approval behind. It is a reaction to the teachings and packaged programs of the majority. His works fight with many teachings such as, social gender roles, authorities’ pragmatic diplomacy, two-faced defence of ethics and defining aesthetic concepts as adaptation. In addition to paintings on canvas, his series involve sculpture, collage and etching using the dynamics of tension created by aggregation of colors.