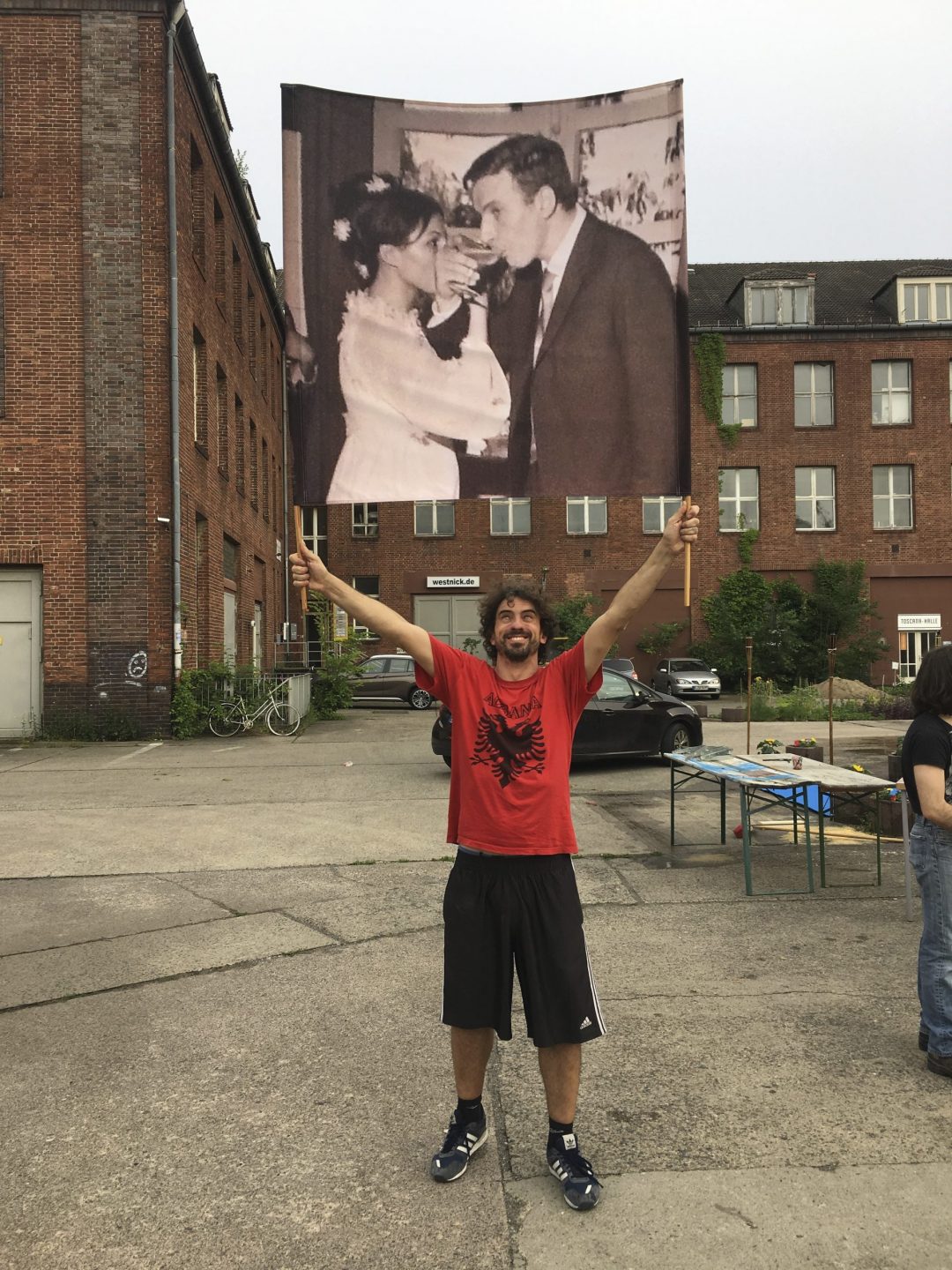 Daniele Sigalot was born in Rome, in 1976. He was artistically raised in the advertising field, where he worked for leading
agencies in Italy, Spain and Great Britain. In 2007 he left Saatchi & Saatchi London to dedicate himself fully to artistic
project, ‘Blue & Joy’, which he founded with Fabio La Fauci in 2005. The project’s name became a nom de plume of the
Sigalot/La Fauci duo, that continued a prolific four-handed production until 2013. At the end of 2014 when the duo
dissolved its partnership, Daniele Sigalot went on to pursue a solo career, focusing on mixed media installations. The
centre of his exploration spins around the ambiguity between the nature and perception of the materials he uses, creating
an ironic contrast and illusion. Sigalot's atelier ‘La Pizzeria’, was operative in Berlin 2010 - 2018. In January 2019, he
moved his studio to Naples, opening ‘La Nuova Pizzeria’.
Selected Solo Exhibitions
2019 “Einmal ist keinmal“, Anna Laudel Gallery, Düsseldorf

“If You Have No Other Virtues At least Be Punctual”, Mark Hachem Gallery
Paris Art Wynwood,
Contessa Gallery, USA

“My Childhood Is Getting Older”, Museum of Palazzo Poggi, Bologna, Italy

2008 “My Heart Is Not Even Waterproof”, Maggiore Square - public installation, Bologna, Italy

2007 “This Is Not a Wall”, The Diesel Wall - public installation, Milan, Italy
2006 “The Fifth Discouraging Exhibition of Blue and Joy”, Spazioinmostra Gallery, Milan, Italy

“The Fourth Exhibition of Blue and Joy”, Officina 14, Rome, Italy