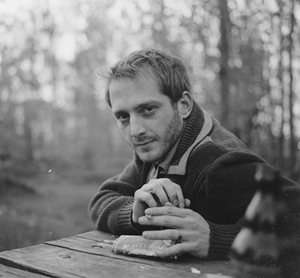 Cemil Batur Gökçeer was born in Ankara, in 1981. His early photographic works concentrated on storytelling within regard to his long term experiences in conflicted areas in and around Turkey. During these early works (2004-2010) he had the chance to experience the conflict between the subject and its photographic representation, and was able to raise a critical approach against the current trends in documentary photography. This early period has led to his current photographic approach in which the representation of the subject became also a subject matter with its aesthetical and technical formations. During the period that he produced the series “Tangle” different experimentations over the photographic image was performed as reactions against ideas and feelings aroused from the encounters along his journey. This process has also became the basis for his further studies that he took during “Cave Albino”. Darkroom alterations or the flash usage became elements to create a sensation of the critical approach within the photographic form. This critical approach; having parts of an economical and social debate over the subject matters of his projects, was also carrying an intuitional criticism through his acts as a photographer.

Batur has participated in several educational programmes such as European Borderlines hosted by ISSP and Reflexions Masterclass with a grant from Turkish Cultural Foundation. In 2012 he was selected to take part in Joop Swart Masterclass of World Press Photo. His works have been exhibited in several group exhibitions and published in Turkey and abroad. Batur is one of the founders of Torun, and independent art space in Ankara where he had his first solo show “Tangle” in 2012.